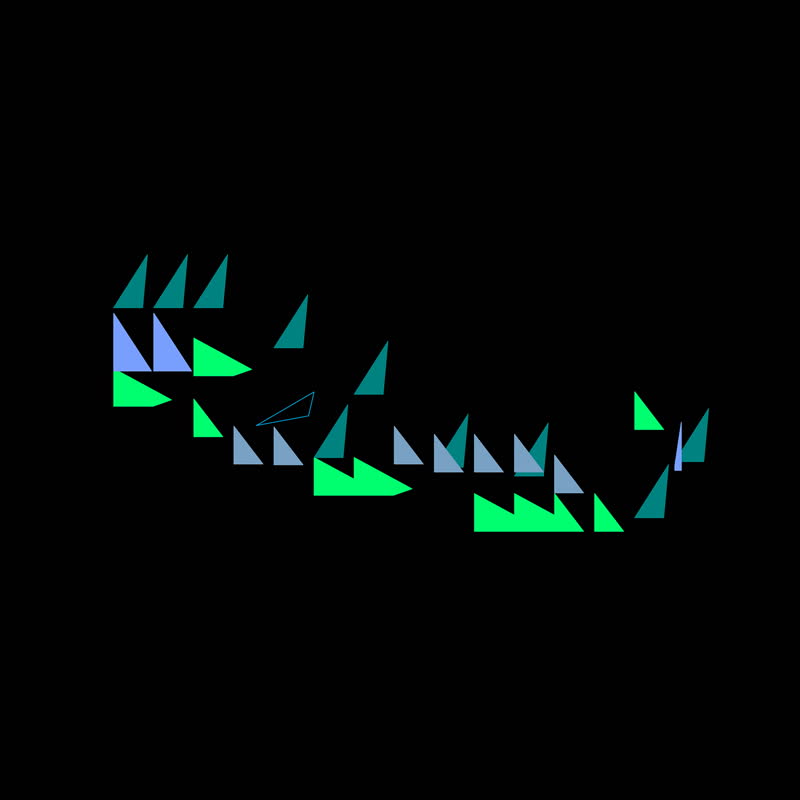 ►French experimentalist Synalegg launches his austere yet fizzy Computer Series, flirting with the control and aesthetics of randomness.

"We are fashioned creatures, but half made up."
―Mary Shelley, Frankenstein

Computer Series is a musical and graphic project performed by a computer in an algorithmic environment designed by a human being.

Just like the 'creature' galvanised with new life of Mary Shelley's romantic masterpiece—a stitched and sapient medical creation—Synalegg's self sufficient, closed algorithmic system is meticulously assembled by limbs from sound engines and sequences that come to life when powered with audio signals and sound samples. The performance is then fully entrusted to the computer which, through its exceptional capacity to generate multiples, is able to combine and permute the data as desired. And potentially reveal some singular combinations that the creature's maker would not have considered? Perhaps also clumsiness or oddities.

However, far from Frankeinstein's tragic figure, Computer Series' sparkling bio-rythms—not at all gothic, neither haunting nor algid—flourish with a positive character, sounding incredibly fresh and startling. There is no boring micro-processes here, no experimentation for its own sake, just raw bursts of energy, contractions and releases that fill a liminal state between violence and grace. A clear steering from the ambient aesthetics of Eno's specific manifestation of generative music.

Here is a selection of these computer proposals pulled from several captures and grouped together as 10 tracks/10 artworks with no subsequent modifications (except for editing and mastering).